Historically Black Colleges and Universities (HBCUs) could soon have the opportunity to elevate their research capacities, courtesy of the U.S. military.

HBCUs graduate 30% of African American science technology engineering and mathematics (STEM) professionals but get less than 0.5% of DoD research university funding, according to Air Force spokeswoman Laura McAndrews, adding that there is untapped potential at these schools.

The research intended for the new center is “tactical autonomy,” the development of autonomous systems and technologies for military missions, according to the program description.

A key consideration will be making sure that this partnership is mutually beneficial and that the schools are getting the support they need, said Dr. Felecia Commodore, an assistant professor of educational foundations and leadership at Old Dominion University.

The host HBCU for the new UARC has yet to be decided. Eligible contenders for that leading role are the 11 HBCUs with “high research activity” – R2 status, as determined by the Carnegie Classification of Institutions of Higher Education, according to military officials.

Commodore said there are currently no HBCUs that are categorized as having R1 status, “very high research activity,” but a program like this might be what changes that.

"An investment like this and then a research center being placed at HBCUs could really be helpful in getting some of those HBCUs over that hump and putting them in the position to receive R1 status,” said Commodore. “Not that one status is better than the other, but achieving R1 status does open up opportunities for these institutions as far as investment and infrastructure, things of that nature, that could be really helpful for them.”

The school ultimately chosen will not only be engaged in research but also responsible for building a consortium of additional HBCUs to do research at the UARC, potentially benefiting these other institutions as well.

The model also allows for collaboration instead of competition amongst fellow HBCUs.

Commodore said that HBCUs can be put in a situation where they are constantly competing with each other for limited resources, which isn't always the case for their white counterparts.

“And I think this allows for there to be less need for competition and more collaboration in bringing together multiple HBCUs that have strengths and strong students and researchers at their institution to work together and possibly be able to, I imagine, secure larger grants, research grants and grants from government agencies by being able to work in this consortium model and having the support for the infrastructure to be able to go after some of those larger grants and larger opportunities," said Commodore.

“And particularly, I think what's special about that is that the HBCUs can do it together as opposed to people thinking that they need to be partnered with other types of institutions," Commodore continued. "But these institutions have such talent at them, often just need the infrastructure support and I think this would allow that to happen. ... If we're thinking about the R1 status, this is again important because securing certain types of grants and numbers of grants is important in reaching that status and so I think again, having the infrastructure and consortium model could possibly help those institutions who are striving towards R1 be able to secure more of those grant dollars to be able to cross that threshold."

The move was prompted by the National Defense Authorization Act for Fiscal Year 2022, McAndrews wrote.

“The Fiscal Year 2022 National Defense Authorization Act required the Department of Defense to establish a plan to elevate a consortium of Historically Black Colleges and Universities/Minority-Serving Institutions, assess their ability to participate and compete in engineering, research, and development activities, and report the plan to congress,” said McAndrews. “The goal is to grow and diversify the available pool of scientists and engineers to support more comprehensive solutions to the department's most challenging problems.”

McAndrews wrote that outreach to those eligible was beginning now and that there would be multiple industry days for more information for those interested in applying. The lead school is expected to be selected by the end of the year to begin work approximately 30 days after. 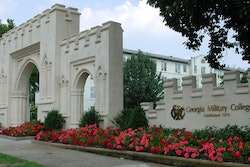 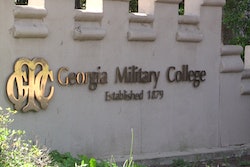 Georgia Military College to Merge Two of Its Campuses This Summer

Framingham State University
Find A JobPost A Job
Other News