A military college student said in a lawsuit filed Thursday that armed services officials deemed him unfit for service because he tested positive for HIV.

The 20-year-old student from Revere, Massachusetts, said in the complaint against state and federal military officials that he tested positive for HIV in October 2020 during his sophomore year at the nation’s oldest private military college, Norwich University in Northfield, Vermont.

The student, who is identified in the lawsuit only as John Doe, said in the complaint filed in federal court in Burlington, Vermont, that he was deemed unfit for service and dropped from the Reserve Officers’ Training Corps and the Vermont Army National Guard despite being healthy, asymptomatic and on a treatment regimen that renders his viral load undetectable.

His lawsuit notes he was informed he would not be able to get a scholarship through the ROTC or be entitled to other benefits related to military service, such as a state tuition waiver and medical and dental coverage.

Lawyers for Civil Rights, a Boston-based group that filed the lawsuit on the student’s behalf, provided redacted copies of the student’s discharge documents, which show he was terminated from the guard in January for being “not medically qualified.”

Spokespeople for the U.S. Department of Defense and the Vermont National Guard, which are both named in the suit, declined to comment, citing the pending litigation.

Under Department of Defense regulations, HIV is among a lengthy list of health conditions that automatically disqualify a person from enlisting, being appointed as a commissioned officer or enrolling as an ROTC scholarship cadet.

The student’s lawyers argue the military’s HIV policies date to the 1980s when little was known about the condition, which, if left untreated, can lead to AIDS.

“A generation after they were first developed, the military’s policies are highly anachronistic and fail to reflect current medical reality,” the Lawyers for Civil Rights organization argues in the lawsuit. “Advances in medical treatment and prevention have transformed HIV from a progressive, terminal disease to a manageable condition.”

A federal judge in Virginia ruled last month that service members who are HIV-positive cannot be discharged or barred from becoming an officer solely because they’re infected with the virus.

Sophia Hall, deputy litigation director with Lawyers for Civil Rights, said the student’s case is unrelated because the Virginia ruling only applied to those already in military service.

The student, in a statement provided by his lawyers, said he hopes to restore his military standing in order to follow in the footsteps of his grandfather and uncles who served in the armed forces. The lawsuit also asks the court to invalidate the military regulations and policies that led to his dismissal from the National Guard and ROTC. 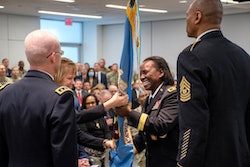 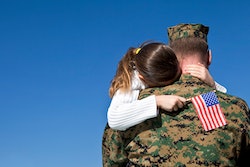 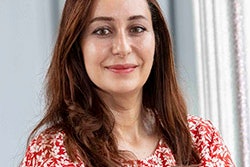 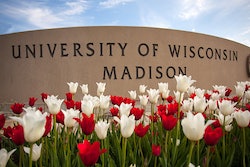