Although the COVID-19 pandemic has caused a sharp drop in the number of international students studying in the U.S. over the 2020-21 academic year, the tally may be beginning to bounce back, according to findings released on Monday from an upcoming report by the U.S. Department of State’s Bureau of Educational Affairs and the Institute of International Education (IIE).

“I think the report confirmed what we all feared and already suspected about last year’s international student enrollment drops,” said Dr. Stephanie K. Kim, an assistant professor of the practice and faculty director of higher education administration at Georgetown University. “But I think it was certainly also a really hopeful sign that the enrollment drops are starting to rebound considerably.” 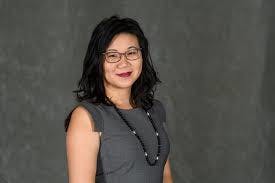 However, these gains are not sufficient to erase all of the losses in the international student population that have occurred during the pandemic, according to the Open Doors 2021 report on International Educational Exchange, released by the State Department and IIE. Although the 2021 report expanded the definition of “international student” to include foreign students taking online classes at American universities either from within the U.S. or overseas, the results were stark: a 15% decline in international students for 2020-21, to just over 914,000. The drop is by far the greatest since the publication of the first Open Doors report in 1948.

Much of the decline came from international students who were preparing to begin their studies. Their 46% decline was far steeper than that of students who had already started their program in America: 3%.

“It was much more difficult for new international students to obtain visas to start their studies in fall 2020,” said Kim. “I think initially there was certainly a public health element to it, [but] very harsh visa restrictions…were largely xenophobic measures that were put in place very quickly under the rubric of the pandemic.”

Students who had already begun their programs had already obtained visas and were allowed to remain in the U.S. and take online courses.

The declines also varied by nationality. Students from the two most common nations of origin, China and India, declined by less than the 15% average, which the IIE and the State Department attributed to the enduring appeal of an American education in those countries. Students from Canada and Latin America also declined relatively little, possibly due to the relative ease of access to the U.S. from those countries and the ability to begin or continue online classes in a similar time zone. However, student populations from more distant regions, like Europe, the Middle East and North Africa, and Oceania, dropped by over 20%.

There were also differences by type of institution and academic level of students. International student populations at doctoral-granting institutions, the most popular type of school for international students, declined by less than the 15% overall average. However, colleges and universities offering master's degrees, as well as associate’s-degree granting colleges, saw steeper drops. Non-degree students declined by 63.7%, reflecting the cancellation of many Intensive English Programs and J1 exchange programs.

These decreases don’t only affect colleges and universities. They effect the American economy. According to data released on Monday by NAFSA: Association of International Educators, the economic contribution of international students in America declined in 2020-21 by nearly 27%, equivalent to over $10 billion. This is the largest decrease since NAFSA started keeping track over 20 years ago. NAFSA also estimated that the number of jobs supported by international students declined by more than a quarter: over 109,000 fewer jobs this past academic year.

“The potential effects of a decline in international student contributions would be significant,” said Rachel Banks, senior director of public policy & legislative strategy at NAFSA. “International students typically pay out-of-state tuition which allows public universities and colleges to keep tuition lower for in-state students. Simply stated, our academic institutions and our economy depend on the presence of international students and scholars to create jobs, drive innovation and research, and broaden the perspectives of American students.”

Factors beyond the pandemic may have contributed to the decline of the international student population and may impact its recovery.

“The U.S. has by far the most expensive tuition,” said Kim. “I think it’s being questioned a little more, does the value of a U.S. university degree still outweigh the expensive cost?” Institutions of higher education outside America are also improving. “There are just alternative attractive options,” said Kim. “I think that could be one potential damper to international student enrollments rebounding.”

The Biden administration is trying to reverse the trend, with the Departments of State and Education releasing a joint statement in support of international education in July. According to Secretary of State Anthony Blinken, the statement “underscores our commitment to working across our government…to keep promoting international education in the United States. If we work together, I’m confident that we’ll not only return to the pre-pandemic levels of international students in American institutions of higher education, but surpass them.”

Based on the data released Monday, Kim doesn’t feel ready to declare that a full rebound is coming soon.

“I think it’s a bit too early to say,” she said. “But certainly, the huge increase in new international student enrollment for fall 2021 is a very good sign.” 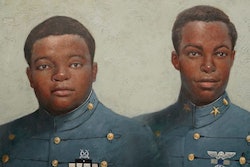 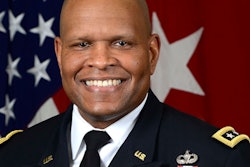 A Champion for Higher Education: Colin Powell, Dead at 84 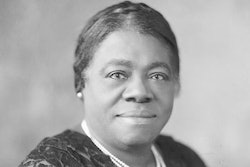 St. John's University
Find A JobPost A Job
Other News