Charles Foster and Joseph Shine are finally getting the recognition they were due more than 50 years ago when they became The Citadel's first two Black students and desegregated the Corps of Cadets. Downplaying their contributions at the time, The Citadel is now commemorating the two men, both of whom are now dead. 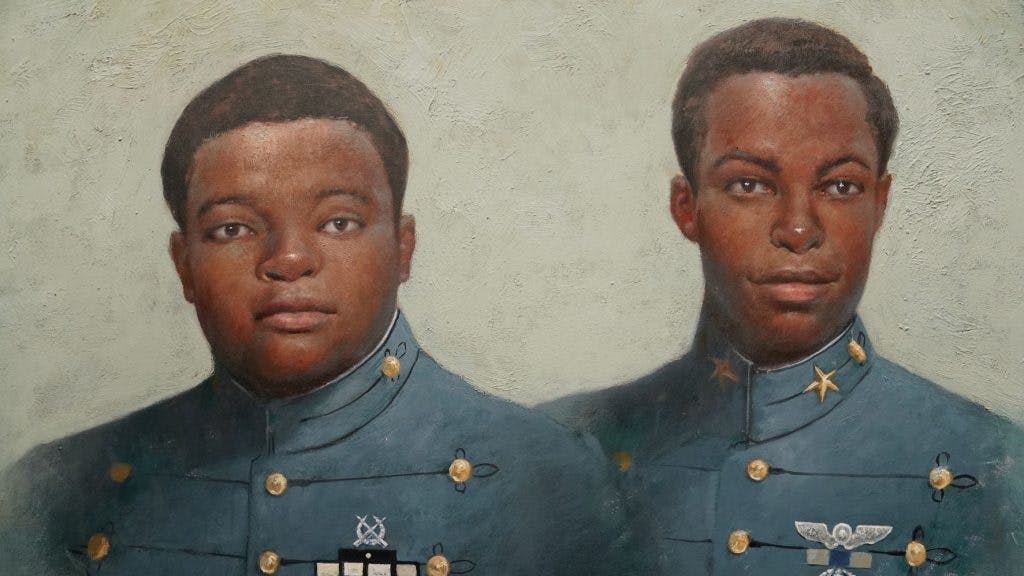 During its 2021 homecoming weekend earlier this month, military school presented a large portrait of Foster and Shine, standing shoulder-to-shoulder in their uniforms. At 5 feet long and roughly 4 ½ feet tall, The Citadel says it's now the largest portrait in the great hall of the Daniel Library.

According to The State, both men endured varying degrees of racism at the school, with Shine telling one historian that their classmates ranged from "supportive" — some called for Corps-wide boycotts and walk outs in solidarity — to "outright racists" — some threw epithets their way and charged at them while dressed like klansmen.

“To say the road was difficult was an understatement,“ said Theodore “Tip” Hargrove III, who spoke at the portrait installation ceremony. “It’s no secret about the racism that existed throughout all of America, not just the deep South. But they had allies.”

“This is really important to us, to the family,” Foster's cousin Genea Galloway stated in a news release. “And to know that he’s inspired other African Americans and people of color to get an education here? We’re proud of this moment.”