A recent report from the Department of Defense Board on Diversity and Inclusion is calling for “aggressive integration” of diversity and inclusion into military department culture, stating that underrepresentation in senior officer ranks persists today.

The Dec. 18 report – “Recommendations to Improve Racial and Ethnic Diversity and Inclusion in the U.S. Military” – makes recommendations in six areas: recruitment and accessions; retention; barriers for minorities; career development opportunities; command and organizational climate issues; and the promotion of minority inclusion in military culture.

The 15-member board – comprising military officials and service members – is led by the Secretary of the Air Force Barbara M. Barrett. 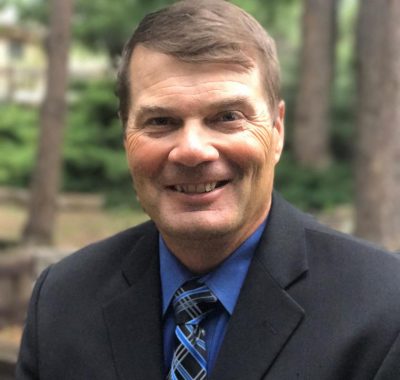 Dr. Gary Packard Jr., current University of Arizona dean of the College of Applied Science and Technology with more than a decade of involvement in diversity and inclusion affairs at the United States Air Force Academy, said he had been skeptical but found himself pleasantly surprised by the report.

“Having been working in this area for a long time, it is really hard for large bureaucratic organizations like the military or even higher education or the government in general to change policy quickly,” Packard said. “What I liked about it specifically, compared to a lot of policy documents that I have read over my career, it had probably the most proactive tone I have seen in a document related to diversity, inclusion and equity in my career.”

Packard served as the department head of behavioral sciences and leadership at the Academy and was a lead author of the Department of Defense’s study leading to the 2011 repeal of Don’t Ask, Don’t Tell.

One of the recommendations was to assess Military Department aptitude tests to remove barriers that negatively affect diversity. Another was to increase the number of qualified applicants for ROTC enrollment and scholarships from Minority Serving Institutions.

Packard also praised the report’s emphasis on career development, saying that the military did not always do well at retention.

The report recommended pathway programs in STEM fields at Title I schools with JROTC programs.

“I was also happy to see the document do a very good job of distinguishing between diversity, as basically just an objective measure of who’s here, and ideas of inclusion and equity, and really getting into the experiential, more subjective, personal level of diversity, in terms of sense of belonging,” Packard said.

However, he criticized how the report limited its recommendations on updating the Uniform Code of Military Justice to only extremist activity, arguing a lack of breadth.

“In addition to the emphasis in the report on extremist groups, I would have liked to have seen the report address the issues highlighted in these references related to systemic bias in our military judicial system,” Packard wrote in a later email.

Packard said that implementation of the recommendations would require commitments in areas such as holding leaders accountable and acting on news of cultures and climates not practicing diversity, equity and inclusion.

“Congress’s role will have an important part of making sure these changes happen,” Packard said. “The legislative and the executive branch and the civilian control of the military is what really matters here. As political appointees are made to the Pentagon, from the Secretary of Defense on down, and as Congress reconfirms in January with the new Congress, the types of legislature they’re willing to take up will have a big role in how the DoD executes on what this report offers.”

Kenneth Parker, an education consultant and expert on diversity said that the recommendations are a first, but important step in the right direction.

“We’ll see what happens moving forward,” he said. “But it is deeply encouraging that the Department of Defense has taken this on and has made diversity a central priority. We have not seen this level of engagement before.”