Prior to becoming the first African American person to serve as U.S. Secretary of Defense, Austin, recipient of the Silver Star, held high-profile, high-pressure positions throughout his military career. Among those was vice chief of staff of the Army from 2012–13 and 12th commander of United States Central Command (CENTCOM) from 2013–16. He was the first African American person to hold those positions.

A graduate of the U.S. Military Academy at West Point, Austin earned two master’s degrees. He also attended the Army Command and General Staff College and the Army War College. Those acquainted with him note that his educational experiences helped shape his leadership style.

In a March memorandum to all Department of Defense (DoD) employees, Austin wrote about growing talent, building resilience and readiness and ensuring accountable leadership, including addressing issues of sexual harassment and assault.

“We maintain and enhance force readiness and develop the capabilities we need to protect America when we fully embrace a diversity of backgrounds, experiences, and thought,” he wrote. “The Department will lead with our values, building diversity, equity, and inclusion (DEI) into all aspects of our work and in everything we do. Inclusivity will drive innovative solutions across the enterprise and create a constructive environment in which every person has the space to contribute fully.”

Austin delivered the commencement address at West Point this past May.

He assured the graduates that, no matter what they encountered, what they learned at West Point will keep them on course. “Some things change, but the skill set taught here is made to last because it teaches you to adapt,” Austin said.

Dr. Charn P. McAllister, assistant professor of management at Northern Arizona University and a graduate of West Point, says the Military Academy has an incredibly well designed leadership development system. He describes it as a “real-world leadership laboratory.”

There are also many guest speakers for the cadets.

“You’re getting this unfettered access to some of the best leaders in the nation, and they’re sharing their wisdom,” says McAllister.

Teamwork and helping others are in the ethos. McAllister says, “There is no doubt that Gen. Austin would have been a team player throughout his entire career, because if you were competing with your peers, you are sacrificing success over mission and you’re potentially sacrificing the wellbeing of your soldiers.”

Austin’s first master’s degree (1986) was in counseling from Auburn University’s College of Education. Dr. Jamie Carney, Humana-Germany-Sherman distinguished professor in the department of special education, rehabilitation and counseling at Auburn, says this degree likely led Austin to have greater empathy, perspective that takes in diverse viewpoints, an ability to connect and understand those he leads and a knowledge of the human condition. Leadership from a counseling perspective, she says, can also focus on engaging others so they have a sense of connection to outcomes.

“It gives him heightened awareness and skills related to taking in the perspective of others, which to me is a highly valued leadership quality,” says Carney. “Counseling corresponds to leadership in that it helps develop and promote listening skills. Also, how to involve others in coordinating and planning, and that includes taking in that diverse perspective.”

There is ongoing military education throughout an officer’s career. Every few years, he participated in coursework reflective of his growing and evolving responsibilities. The Army wants senior leadership thoroughly prepared for their assignments — from information about military equipment to conducting operations to learning the histories and cultures of the countries in which they serve.

Major Jay Wenger, professor of military science and leader of the ROTC program at the University of Scranton, earned an MBA at Webster University as did Austin. The time in his career at which he earned the MBA was about the same time as in Austin’s career: the point when an officer is transitioning from direct leadership to organizational leadership.

“Later in his career, he was managing managers and large organizations, and it’s a different style of leadership, and that’s where getting a master’s in business helped,” Wenger says. “Case studies from the business world showed how    efficiencies are developed and we bring that back to the Army as we make that next step.”

Scott E. Brower, Brigadier General U.S. Army (retired) and current director of the Bass Military Scholars program at Vanderbilt University, worked with Austin on several occasions, most significantly in 2010–11 when Austin was the commanding general of U.S. Forces in Iraq. Brower ran a special operations task force. They interacted on a weekly basis when he and his team briefed Austin on what they were doing.

“What I always appreciated about Gen. Austin is that he took the time to meet with us, he was always very measured, he was thoughtful and attentive to what we had going on and what we were responsible for because he understood the impact it was making,” says Brower. “It was always impressive to see that the commander that had such large responsibilities took the time to engage with us to see exactly what was going on. 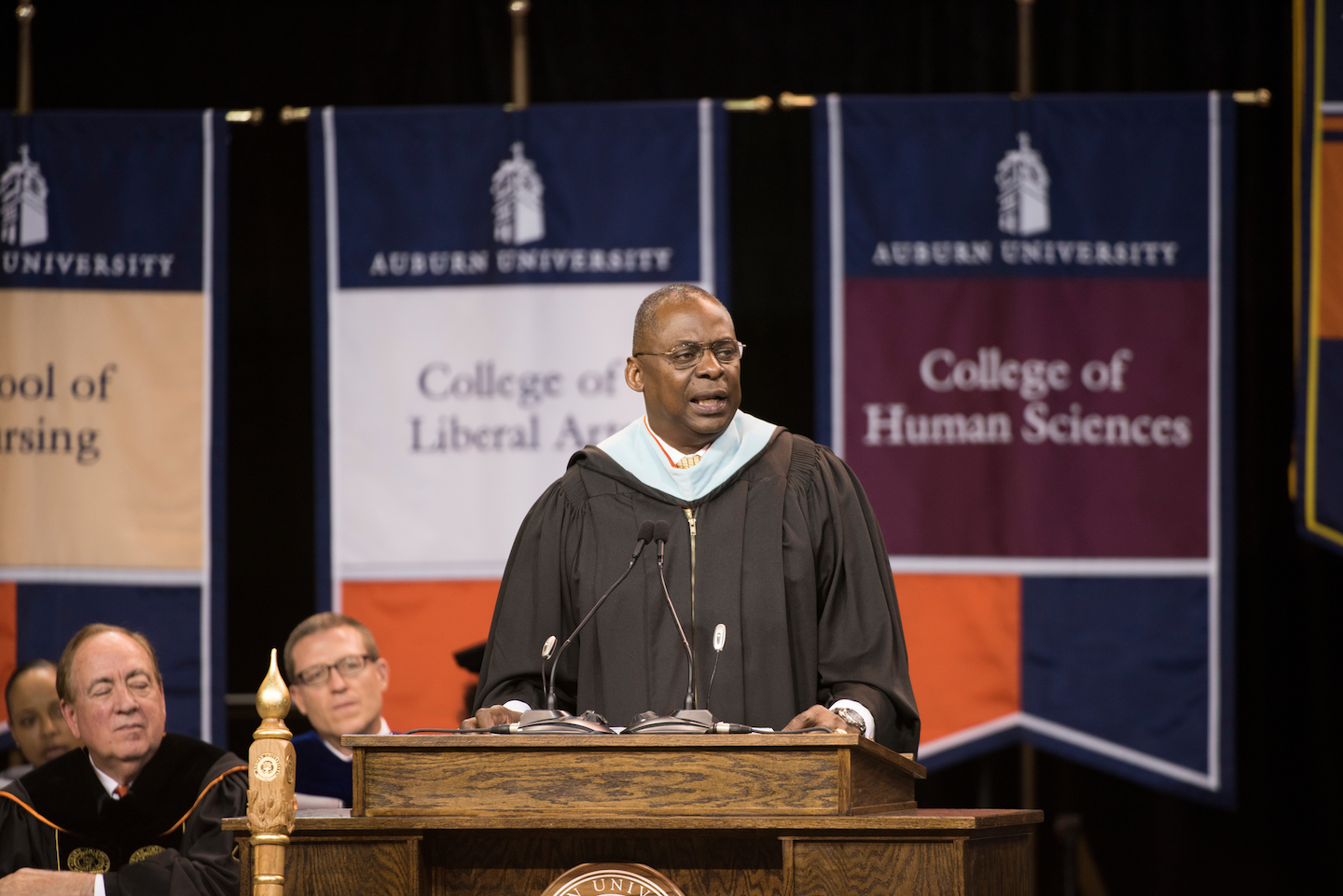 Lloyd J. Austin III delivering the commencement address at Auburn University in 2016.“He also wanted to hear what we were thinking,” he continues. “It was important for him to hear from different people that were seeing different parts of the fight and had different relationships and different understandings of what was going on, because that helped paint a more complete picture for him about what was happening across the entirety of the country of Iraq.”

Brower says Austin’s first words to the Armed Forces are a key indication of how he will lead. Anytime a leader identifies something like DEI as a priority, it becomes a priority to subordinates, he notes.

“It will allow for those conversations to take place,” Brower says. “The fact that Secretary Austin is starting that for us should result in positive movement in that area.”

As a scholar, McAllister studies leadership, noting his research agenda was informed by his time in the military. He says Austin’s military career shows evidence that he is caring, authentic and empathetic in his leadership style — traits that will be critical at this moment in military history. The literature notes that one of the hardest things for leaders to do is effect change, but that is what the best leaders do.

“The military is going through a substantial set of changes … to revolutionize and modernize the fighting force,” says McAllister. “We’re talking about the epidemic of sexual assault in the military, sexual harassment and extremism. I can’t think of a better time for someone like Gen. Austin to take the reins.”

“The connections he has with military leaders that he likely served with while he wore the uniform, his experience within the ranks is going to give him a special edge in trying to root out some of the problems that may be facing the military,” he adds.

Wenger, who is active duty military, says Austin has vast experience from his 41-year military career that provides him a wealth of knowledge to serve as Secretary of Defense.

“He served in positions of increasing responsibility, including CENTCOM,” says Wenger. “He commanded not only Army, but also Marines, Air Force and all the other agencies that were out in the Central Command. He has great experience not only in the Army level, but as a joint general officer commanding multiple different branches that he will fully know our capabilities when advising the President in that role.”

And, says Wenger, who is white, Austin’s appointment gives hope to young people of color that military leadership is a place for them.

“It’s important for the Army as a whole to represent the entire United States,” Wenger says. “To have everybody represented with our Army helps us relate back with the community and helps the community relate back with us. A young person of color may look to Secretary Austin and have a similar feeling to me that there is no ceiling.”

This article originally appeared in the September 9, 2021 edition of Diverse. Read it here. 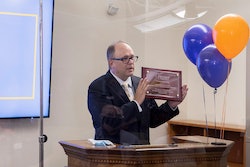 Military Members Can Earn Credits While on Active Duty, But Can They Access Those Benefits? 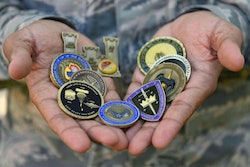 The Parade Will Go On: The Citadel Brings Back Longstanding Tradition After COVID-19 Cancelations