Initially, Shawn Barnard didn’t know Bellevue University – founded by military for military in 1966 – had a Military Veteran Services Center on campus when he was a student.

But while finishing his bachelor’s degree in human resources, Barnard, who came to Bellevue more than 10 years earlier via active duty at Offutt Air Force Base and remained in the community as a reservist, learned about the MVSC from a professor and quickly made the most of his veteran-earned opportunities.

He took a job at the MVSC as part of the Veterans Administration Work Study program – and while there, learned the center offered many other benefits to student veterans and the larger metro community. 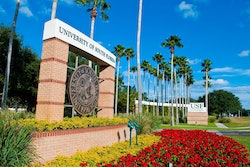 University of Connecticut
Find A JobPost A Job
Other News