In the first move of its kind, a UK university has divested from companies that supply military equipment to the Israeli army following a student campaign.

The University of Leeds on Thursday made the decision to divest from three companies which were found to be complicit in the violation of Palestinian human rights: Airbus, United Technologies and Keyence Corporation. A fourth company – HSBC – is also under review by the university’s investment managers for its provision of loans to Elbit Systems, Caterpillar and BAE Systems, all of which sell weapons and military equipment to the Israeli government. 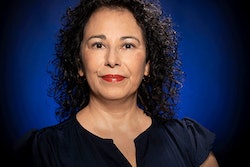